Recruiters Explain What The Worst Resumes Have In Common 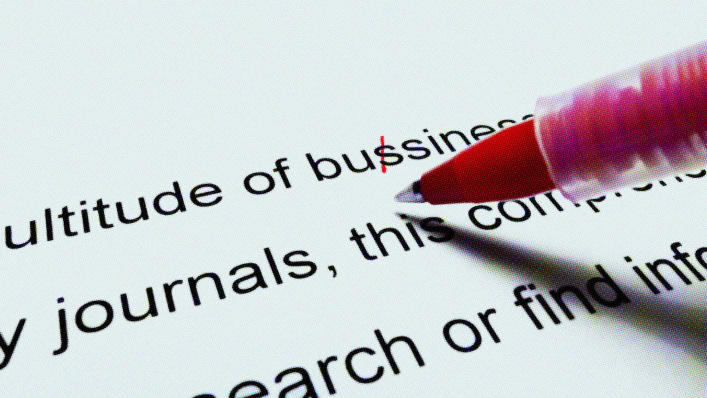 Marian Bernard is an active member of Aurora-Business.com and found this excellent article which we are republishing so that readers can what ‘Recruiters Explain What The Worst Resumes Have In Common’ for more information about Marian and her services CLICK HERE

Recruiters know all too well that not all resumes are created equal. But while the weaker ones land in the rejection pile for lots of different reasons, there are some common themes. Here are a few resume mistakes recruiters say they keep running into.

“Anyone can say they are results-driven or a great leader, but we want to see metrics,” says Nicole Hubmann, a recruiter at Webdam, the asset management platform owned by Shutterstock. “It’s the lack of metrics that stands out as a red flag, whether it’s on a resume or in a phone discussion.”

Job seekers may feel pressed for space or worry that there’s no single data point they could share about their work history that’s jaw-droppingly impressive. Don’t worry about being impressive, though–focus first on just being specific. “For example,” says Joe Shao, cofounder of talent-acquisition platform PerfectLoop, “I might read a line such as, ‘consistently exceeded sales quota.’ That’s forgettable. Then I jump on the phone and learn what they meant was, exceeded sales quota 220% in 2017, becoming the top salesperson in the company.’ That is much more compelling to me and hiring managers.”

If you don’t provide enough metrics, you may never even get to that phone screener where you can explain to a recruiter why they matter.

MISTAKE #2: BAD FORMATTING OR TOO LONG

Resumes need to look pretty–not because recruiters are interested in your aesthetic sense but because they care how you organize information. David Lewis, CEO of HR consultancy OperationsInc, runs through some of the most common offenders: “Font is too small. Font is too large. Oldest job listed first. Resume is too long.”

Hubmann explains why these misfires matter: “We are looking for candidates who want to be part of a winning culture that is results-oriented and performance-driven. A candidate who is self-aware enough to understand their impact is more likely to give concise, clear examples on their resume.”

MISTAKE #3: RELEVANT SKILLS ARE TOO HARD TO FIND

Kari Guan, a recruiter at the apartment rental finder Zumper, says that in weak resumes candidates typically fail to “list any experience that is translatable to the role they’re applying for. This might sound fairly obvious but it happens more than you’d think, and makes me think they didn’t read the job description.” In other words, explaining your top overall job skills is one thing, but highlighting the ones that make you competitive for a specific role is another thing entirely.

Guan says this is true even for entry-level roles, where candidates may not think they have much work experience that counts as “relevant.” Even then, she says, “If they’re a recent grad, I always appreciate including a note about a personal experience they’ve had that’s applicable to the role and I might not otherwise know about.”

Lewis adds that candidates sometimes do include relevant skills but don’t give them a place of pride, especially when it comes to technical abilities. Many forget to put all the technology they know that’s crucial to the role in its own dedicated section.

Says Shao, “The thing that I see all the time is that candidates miss their chance to tell their most compelling narrative. It’s especially common for a certain type person who isn’t great at self-promotion. But it is a resume,” he says–“This isn’t an Instagram selfie at some party, it’s actually an appropriate time to brag factually. If you don’t, you might lose the attention of a recruiter or hiring manager.”

Many think the time to do that is in their cover letter, but the fact is that many recruiters don’t even read those. So you need to show how your experiences have built upon one another and that you’ve grown as a result.

“For tech, we are not seeking consultants,” says Hubmann. “Instead, we look for someone who has experience working with a team on an evolving product. Often, consultants produce an app or a website and then move on to the next project, never having to deal with the impact of their product on the customer or the company. We want someone who has been through the long haul with customers and understands the importance of integrity in the product.”

So make sure your resume is a clear story about your progression, and not, as Lewis puts it, “a summary of [your] career greatest hits, with mention of what occurred at the end in a smaller section.” And whatever you do, he adds, never list your oldest job first.

Sometimes resumes stand out for what they don’t say. Lewis says one hallmark of a crappy resume is that the dates of employment are either year-ranges only, like “2012–2014,” without any months, or leave off those dates altogether. That may be a sign that a candidate is trying to mask a history of job-hopping or a long stretch of unemployment.

But for Guan, vague, generic qualifications often mean passing up a candidate for another reason: “When the responsibilities they list are too general, there’s nothing that grabs me and makes me interested in learning more about the person.” Recruiters are people, too, and reviewing resumes can be dull work. If you can’t get them excited to find out more about you, they’ll find someone who can.